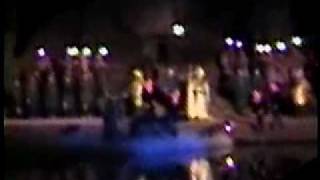 What is the Grove? Alex Jones explains. The Australian government know exactly what it is, what it does and the elite behind it. Australian politicians visited this 'club' on tax payers money. YES, your money. Richard Nixon described the Bohemian Grove festival on the Watergate tapes as the “most faggy goddam thing you could ever imagine..” Herbert Hoover called it “The Greatest Men’s Party on Earth”.

A FORMER school teacher has emerged as a key witness to the alleged sexual assaults of students, amid allegations that paint a picture of ''rampant pedophilia'' at St Stanislaus College in Bathurst. The allegations, including that students were forced to have group sex and were hypnotised to have sex with teachers, were heard during a bail review for Brian Joseph Spillane, a former chaplain at the school. Spillane, 66, is now facing 146 charges of indecent and sexual assault

The satanic elite and child abduction.

Are Gerry and Kate McCann really controlled by the satanic illuminati? Gerry and Kate McCann are accused of allowing the abduction of their daughter Madeleine by the illuminati The wonder on whether or not the McCann's are controlled by the satanic illuminati and that the kidnapping of their daughter Madeleine is the result of that has been circulating in cyberspace for sometime. We have been aware of this claim but were reluctant to reach conclusions 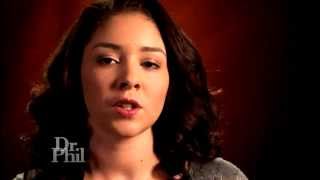 How A Social Media Post Led A Teen Into Sex Trafficking

http://www.ukfamilylawreform.co.uk/abuse.htm Take the time to have a read.

The interim report is largely a plea for a time and funding extension, and apologises for not yet offering definitive profiles of either perpetrators or institutions. However the information the commission has collected to date does at least allude to conclusions to come, one of them quite unsettling: that child abuse in Australia has a distinctively Roman Catholic character.

Judge compares incest and pedophilia to past attitudes towards homosexuality, claiming they might no

A Sydney judge has compared incest and pedophilia to homosexuality, saying the community may no longer see sexual contact between siblings and between adults and children as “unnatural” or “taboo”. With attitudes like this with people like this what hope do children have. Pedophiles protected and covered up by judges protecting each other.

Celibacy is the greatest risk to child protection in the Catholic Church: survivor

THE man looked down from the fourth floor window to a footpath where he’d decided to end his life. Miller is speaking out because he wants governments to hit the Catholic Church in Australia where no governments have dared hit it before

Victoria Police failed to act on complaints about a policeman who sexually brutalised nine children during his 12 years in the force, the County Court was told on Friday. Instead, the organisation forced the officer to resign in 1979, the court heard. He then went on to sexually assault and rape children for at least another four years.

Police Protect Pedophile within their Ranks.

A former Victorian police officer has been convicted of raping children during his time on the force. The former officer, whose name has been suppressed to protect the identity of his victims, has pleaded guilty to 18 offences against nine children, including his own stepchildren, which were committed between 1967 and 1979.
123
4
5